When you pass an instance to a method, its memory address are copied bit by bit to new reference variable, thus both pointing to same instance. But if you change the reference inside method, original reference will not get change. If it was pass by reference, then it would have got changed also.

To prove it, lets see how memory allocations happen in run time. It should solve the slightest doubts, if any. I am using following program for demonstration of the concept.

Lets see what happen on runtime step by step :

This statement will create an instance of class Foo, with ‘attribute’ initialized to ‘f’. The reference to this created instance is assigned to variable f;

When this executes then a reference of type Foo with a name a is declared and it’s initially assigned to null. 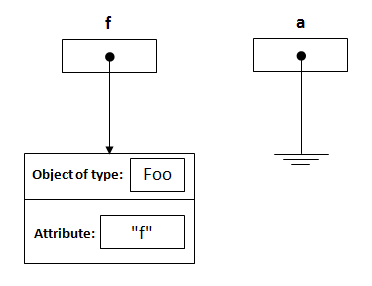 As you call the method changeReference, the reference a will be assigned to the object which is passed as an argument. 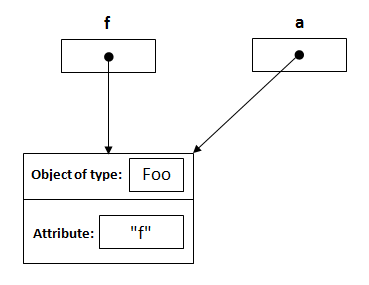 This will do exactly the same as in first step, and will create a new instance of Foo, and assign it to b; 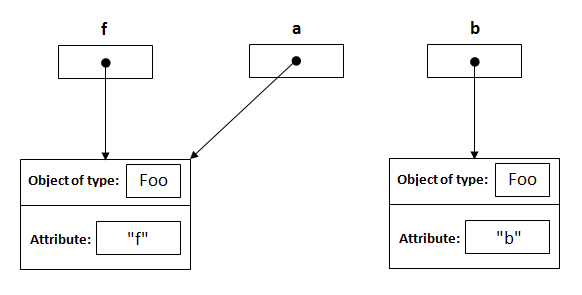 This is the important point. Here, we have three reference variables and when statement executes, a and b will point to same instance created inside the method. Note: f is unchanged and it is continually pointing to instance, it was pointing originally. NO CHANGE !! 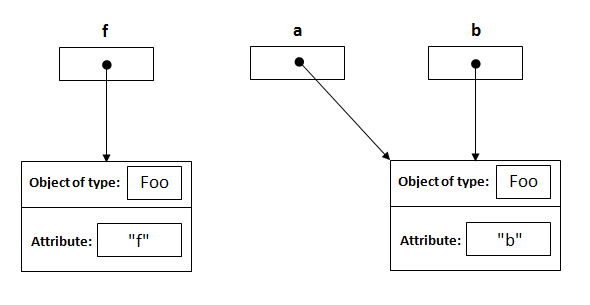 Now when this statement executed a reference, c is created and assigned to the object with attribute “f”. 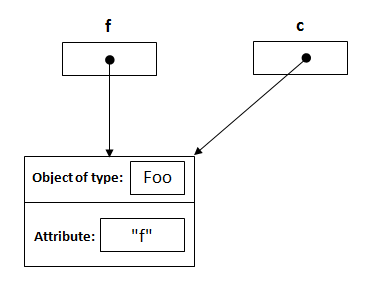 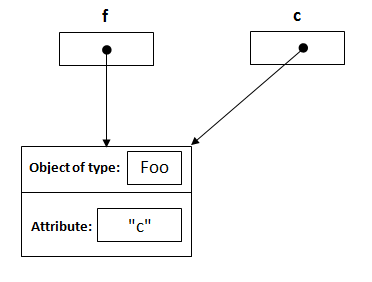 I hope that this explanation was enough clear to make your understanding better, if it was not already.